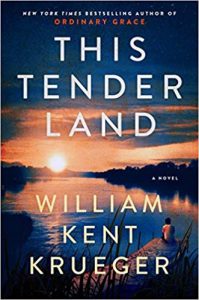 Set in 1930’s Minnesota, it’s the story of Odie, his brother Albert, and their friend Mose, who doesn’t speak. All of them are young and living in an “Indian” boarding school. At the time (and up through the early 70’s) native children were taken from their homes and put in these harsh schools where they were allowed little to no contact with their families and were forbidden – even punished – if they spoke their native language. They were given western style haircuts and forced to anglicize their names. read more