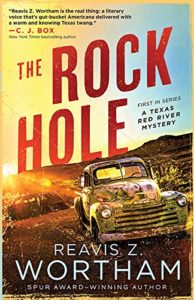 The Rock Hole features dual protagonists Constable Ned Parker and his grandson Texas Orrin Parker (called Top), who are based on Wortham and his grandfather. The book reflects Wortham’s childhood memories of daily life in a peaceful small town where no one locks their doors, neighbors listen to each other on the party line telephone, and sit on the front porch of the general store swapping gossip and telling stories. It’s so small that Constable Ned Parker’s main job is running his farm with his Choctaw wife, whom everyone lovingly refers to as “Miss Becky.” read more