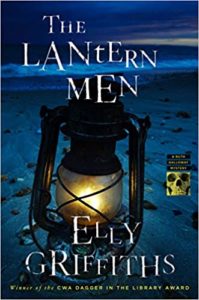 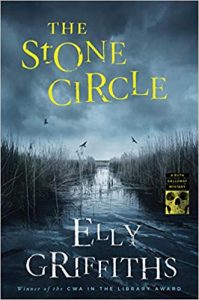 As Elly Griffiths pens her eleventh Ruth Galloway novel, she comes – appropriately, given the title – almost full circle, back to her first novel.  Cast your mind back to Ruth’s teacher Eric and the henge discovered on the saltmarsh and move forward ten years, and Ruth is now dealing with Eric’s son, Leif, who is in town to look at a newly discovered henge.  Just like 10 years ago, two bodies are discovered on the site, one ancient, and one not so ancient.

Somehow Griffiths’ storytelling style is not only plot oriented, it’s character oriented, so she’s taking into account the many happenings in her character’s lives over the past 10 years.  Ruth is the mother of a 10 year old, thanks to a one night stand with the father, Detective Nelson.  Nelson’s wife is expecting a late in life baby at any moment, which may or may not be Nelson’s – she’d been having an affair.  Their older daughters are unaware that Kate, Ruth and Nelson’s daughter, is their sister. read more