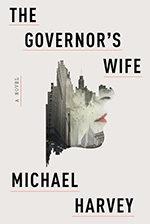 This is a welcome return of Michael Harvey’s now virtually classic Michael Kelly series. Kelly is a Chicago P.I. who reads classical literature to relax (he loves Ovid) and the series is a lean, mean private eye juggernaut that takes no prisoners. There are very few actual private eyes left on the landscape—the remaining P.I.’s are often reluctant like Steve Hamilton’s Alex McKnight, though there are a few holdouts: Loren D. Estelman, Sue Grafton, and Sara Paretsky. All of those series are aging honorably, but the Kelly series is still in full bloom. read more 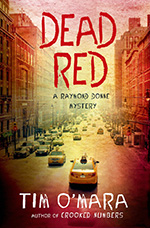 The Private Eye novel is a purely American invention, and was long the backbone of U.S. mystery writing. The form waxes and wanes – at the moment pure private eyes are almost being co-opted by the reluctant private eye or the private eye who is also something else, like Tim O’Mara’s guy, who is a teacher.

Ray Donne is a teacher who used to be a cop, with an uncle very high up in the police force who makes it more likely that Ray will not only sometimes get inside information but also a bit of a pass. He dates a reporter, which is an occasional conflict with what Ray knows but can’t tell, but all in all Ray is a genuinely good guy who often finds himself at the heart of a problem. read more 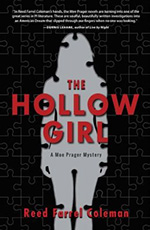 When Reed Farrel Coleman decided to wrap up his now classic Moe Prager Private Eye series, he didn’t mess around.  This moving novel ties up many threads in beleaguered P.I. Prager’s life and sets him on his retirement path.  The story that goes along with this last entry is a show stopper, hard to put down and a joy to read.

For those readers unfamiliar with Coleman, he’s been a small press sensation, beloved in the mystery universe for his straight up, old school private eye novels featuring Moe Prager, set in Brooklyn.  Fittingly, Coleman has just been tapped to write Robert B. Parker’s Jesse Stone series, and his writing owes a huge debt to Parker’s ground breaking, wisecracking story telling style. read more 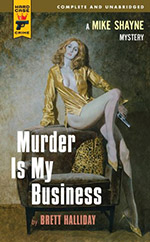 Hard as it is to believe, there’s a detective out there who has been the protagonist in novels that sold over 30 million copies, starred in hundreds of short stories, radio shows, movies, a television series, had his own digest magazine that lasted almost 30 years, and who at present has exactly one book in print. His name is Mike Shayne, his creator was Brett Halliday and I’ll wager that many of you have never heard of him, much less read any of his books.

I’d seen copies of Shayne paperbacks around, but it wasn’t until one of our faithful book scouts brought in (literally) a boxful of them that I really examined the phenomena. At first I was drawn to the covers, the early ones by master pulp artist Robert McGinnis, little paintings with a dramatic title like Violence Is Golden superimposed over a vivid image of a lush babe, work that if presented in a museum could easily pass for Pop Art. The later covers were much less art and much more camp, the kind of ridiculously posed photographs of random models that were inexplicably popular in the 70s and 80s. read more

I loved O’Mara’s first book, Sacrifice Fly, and I think I like this one even more.  His main character is Brooklyn teacher (now dean) Raymond Donne, who used to be a cop but thanks to an injury sustained on the job is now a teacher.  Ray gets involved with different crimes because (so far at least) they’ve involved his students. 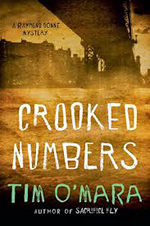 One of the strongest elements in this new series is not only the very Brooklyn specific setting, but the school setting.  The parts O’Mara the real life teacher adds to his novels about his fictional teacher Ray ring with authenticity and add real emotional texture to his stories.  It’s a weird comparison, but the way cozy writer Denise Swanson brings her school psychology experience to her books, adding detail and interest,  O’Mara is setting his books apart in the same way Swanson has. read more

Despite the fact that it’s a few days before Christmas, and the snow is deep on the ground, things are pretty hot in Tamarack County. The book seems to take its temperature from series protagonist Cork O’Connor’s son Stephen, who is burning with teenage lust for his new girlfriend Marlee, even though their gropes toward fulfillment are twice interrupted by macabre and possibly deadly attacks. With love interest Rainy out of town indefinitely, Cork finds himself eyeing the prettier women he encounters with appreciative, if somewhat impure, thoughts.  Even daughter Anne, the putative novitiate nun, has apparently renounced her long cherished vocation for, well, that same old thing. read more

When Annie Hall first came out, I saw it with my mother.  I was a senior in high school, and I was absolutely transported.  It’s still one of my favorite movies.  My mother, on the other hand, was disturbed by it.  She was dismayed by the easy way Annie moved in with Woody Allen’s character, without being married, and the casual nature of the sexual relationships throughout the movie.  It seemed like a sea-change to her.

Sara Gran’s novel, while I liked and appreciated it, feels like a sea-change to me, a generation later.  I guess I’m the now the older person reading about a younger one; about a younger person whose choices I don’t always understand and whose “lifestyle” is foreign to me.  That’s a good reason to read books, of course, and while Claire has a drug issue – it’s presented as almost normal for her to be snorting cocaine off her house keys – it turns out that her drug use, like everything else in this novel, is a journey of self-discovery for her. 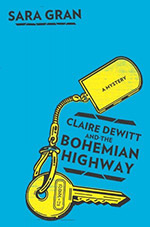 There are seriously few writers who can beat David Housewright for sheer storytelling power.  His books hit the ground running and don’t let up until the last page.  This is the latest Rushmore “Mac” MacKenzie novel, and Housewright has taken a slightly new tack.  Mac is undercover as desperate criminal Dyson  in order to help catch a band of robbers and more importantly, the gunrunners who are supplying them with weapons at the Canadian border. 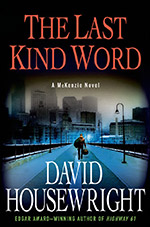 The opening chapter is pure, classic Housewright.  The only other author who can match his opening chapter skills is Barbara D’Amato, who has several first chapters that remain my favorites of all time,  her ultimate being the baby crawling across Chicago’s Dan Ryan expressway in 2010’s Other Eyes. read more

When is a P.I. not a P.I.?  Today’s rash of younger male writers are taking a look at that question, and they all have a different answer.  Tim O’Brien has a teacher; Brad Parks, a reporter.  Steve Ulfelder has an auto mechanic AA member whose main motive is revenge.  Really, though, the motives of the P.I. haven’t changed:  to a man, the new P.I.s  are interested in putting things right simply because it’s the right thing to do.  It looks like what’s surviving from the long standing P.I. trope is not the private eye aspect itself, but the white knight aspect.  That’s something I can get behind. read more

This is a stunning debut novel.  Featuring Chicago P.I. Michael Kelly, Harvey manages to take the very tired old formula, initiated by Raymond Chandler, and somehow make it fresh and new.  His P.I. is a tough Irish ex-cop, with an educated heart of gold.  He reads Aeschylus in his spare time.  The vengeful, bloodthirsty stories told by the ancient Greeks have plenty of relevance in Kelly’s 21st century life. 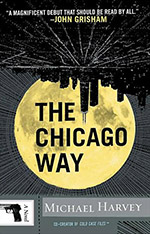 We’re introduced to Kelly in the most classic of ways: his old partner walks into his office and asks for his help.  Neither the P.I. or the cop code of honor allows not helping out an old partner, and Kelly is all in.  The story his old buddy, Gibbons, has to tell is horrible and gripping enough to get anyone’s attention.  Gibbons has always been haunted by the brutal rape of a young woman who was stabbed while it happened and left for dead.  She’s reached out to him and asked for his help in finding her rapist, who was never caught. Gibbons had been talked into forgetting the rape by his superiors, but a letter from the victim is a whole other story.  He wants someone from outside the department to help. read more