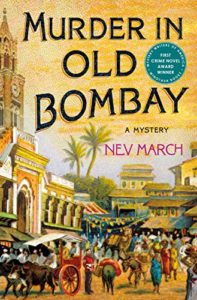 In said newspapers, Captain Jim reads the story of two Parsee women who plunged to their deaths from a University clock tower.  One was a young bride, one, her younger sister in law.  When Jim reads a plea in letter form in the newspaper from the young widower, he is sure that the details of the crime don’t add up.  The husband pleads that this was not a suicide but the recently concluded trial leaves this stain and uncertainty on the family. read more