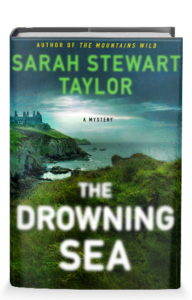 The third novel in Sarah Stewart Taylor’s Maggie D’Arcy series finds Maggie at a crossroads.  Formerly a Long Island cop, she’s now unemployed, and in Ireland with her daughter, on holiday with her boyfriend, Connor and his son. The first novel was Maggie’s journey backwards: she looked for the killer of her cousin, who had disappeared in Ireland twenty years before.  The second novel finds her investigating a crime that begins on a Long Island beach but has roots in Ireland.  This third novel finds her firmly in Ireland, planning to move there, and deciding what she should do as far as a new career.  As the book makes obvious, she very much misses police work and hates being on the outside looking in (this is a clue to her eventual decision, but it’s hardly a spoiler). read more