There are all kinds of cozies involving small businesses, but this is the first series I’ve read where the small business in question sells vintage aprons and other types of vintage linens – sheets, dishtowels, etc.  As described by Penney, the shop sounds not only mouthwatering but fairly realistic.  Iris and her Grammie, who brought her up, run the apron store in Blueberry Cove, Maine (maybe it’s near the more famous Cabot Cove?) and she’s surrounded with a great mix of friends and a great setting. read more 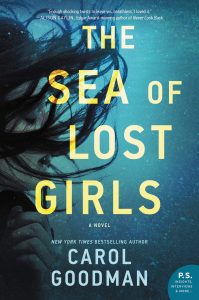