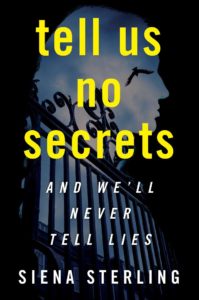 Set at a girl’s boarding school in 1970, Siena Sterling’s debut novel was immediately attractive to me, as a 1977 graduate of a girl’s boarding school myself.  There is no doubt Ms. Sterling attended boarding school as the details are pretty much spot on. Happily, I had a much better experience than the four girls in the novel, Abby, Zoey, Cassidy and Karen. Boarding school is a time of intense bonding – girls are there from the ages of 14 to 17 or 18 – and as that coincides with the surge of adolescence and self discovery, the friendships formed during that time of your life often prove to be the most indelible. read more 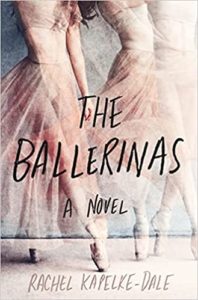 This is a delicious swoon of a book.  It’s not a mystery though there are some (very) low level crimes involved, but it’s mostly a story about ballet, female friendship, and the efforts women make to be heard and acknowledged in their lives, professional and personal.  The central character is Delphine Legere, and as the book opens, she’s a young student at the Paris Opera Ballet (POB), an elite dance training school.  Delphine and her best friend, the tempestuous Margaux, are challenged by the arrival of the beautiful American student, Lindsay. read more 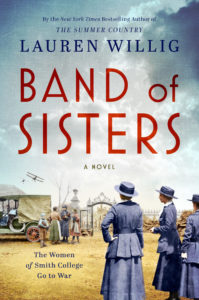