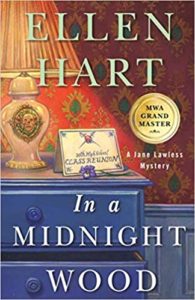 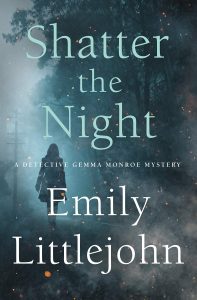 I am smitten with this series, now four books in.  Slight spoiler:  Detective Gemma Monroe is planning her wedding to Brody, father of baby Grace.  This is more or less background, however, as Gemma deals with a car bombing that takes place in the first chapter.  Set during Halloween, this novel is atmospheric and embraces the fear inherent in Halloween, rather than the cute ghostie trick or treating aspect of this now huge holiday.  Littlejohn goes back to the root: scary things that go bump in the night.  In this case, literally, an explosion. read more 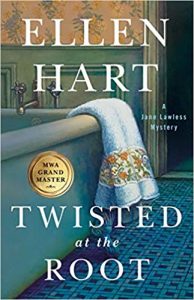 Everyone Jane talks to – including her old friend, the flamboyant Cordelia – affirms the man’s goodness, and their disbelief that he could harm anyone. Many threads swirl around the case, which at first looked like a suicide. Ellen Hart, in her masterly way, uses these many threads to paint her complex portrait of a crime. read more