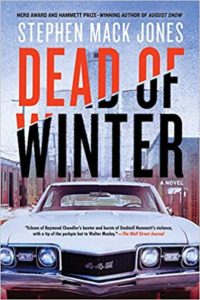 I’m not sure what it is about Michigan that creates great private eye novelists, but whatever the reason, Stephen Mack Jones has joined the likes of Loren Estleman and Steve Hamilton in creating his Detroit based private eye, August Snow.  August is a reluctant millionaire – an ex cop who sued the police department – and he now (mostly) spends his time renovating his neighborhood, Detroit’s Mexicantown, one house at a time.  When his godmother, Elena, calls, however, he agrees to meet with a dying man about his Mexicantown business. read more 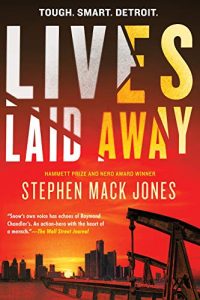 This book came out around the time we closed the store and I didn’t read it at the time, being deep into comfort re-reading of Agatha Christie and Patricia Wentworth.  However I thought the first book, August Snow, was wonderful and a great and much needed injection of diversity and vitality to the private eye genre.  This second book is even better, more intense and focused.  I recently interviewed Stephen who mentioned Robert B. Parker as an influence, and I can sure see it in this tight, funny, fast moving story. read more