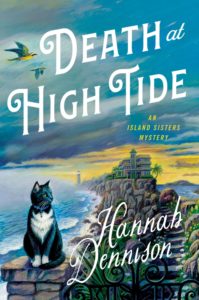 This is an utterly charming series debut.  Dennison has two other series, but I think this may be my favorite so far.  The story opens as recently widowed Evie sits in her lawyer’s office and discovers that she’s basically broke. Luckily, the lawyer’s secretary discovers a secret letter from Evie’s dead husband, telling her that she now owns a hotel thanks to an unpaid debt.   Her sister, Margot, who has flown in from LA to be with her in England, heads back to Evie’s now up-for-sale house where she hatches a plan.  For a little restful getaway, they will visit the hotel in question. read more