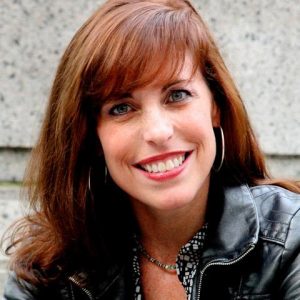 L.A. Chandlar is the national best-selling author of the Art Deco Mystery Series: The Silver Gun (2017), The Gold Pawn (2018), and The Pearl Dagger (2019). She also wrote the nonfiction book, Brass: Fight to Keep Creativity Alive (2015). She grew up in Michigan.  Fans of the Phyrne Fisher books or Rhys Bowen’s Lady Georgie books would enjoy these reads.

Michaels: I met you on May 18, 2019 at an interactive workshop that you held for writers called Keep Creativity Alive at a Michigan Sisters in Crime conference. This local chapter of writers is great because it promotes professional development of women crime writers. read more

This article was inspired after reading a bad crime thriller. As someone who was a federal investigator, I became incensed when I found the author’s story unbelievable. I have been writing for over 30 years, even though I’m just now working on my first crime thriller. I’ve earned paychecks, been reviewed and have developed a craft. Stephen King wrote in his book, On Writing, that “Every book you pick up has its own lesson or lessons, and quite often the bad books have more to teach than the good ones.” Given my unique experiences, I would like to discuss some minimum standards this bad book missed. This critique is an attempt to hone our skills as writers and readers. When creating intriguing crime stories, the basics for a good story are research, character, plot points and passion. read more