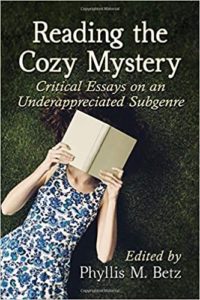 This review comes to us courtesy of Jonathan Wilkins, a poet and cozy aficionado.  I’m delighted that the cozy mystery is being taken seriously – as it should be!  For more on cozies, you can read my essay here.

For most of us our introduction to the crime fiction genre was through the cozy mystery, and at last we have a critical approach to that almost ignored genre. Ignored because it has not been taken seriously in the past.  The advent of Nordic Noir and now Domestic Noir seems to have pushed it further back. Time for the cozy crime to fight back and show its value to the literary world.

Phyllis M. Betz has done a great job in gathering together a varied troupe of writers who investigate the genre and reinforce its value, and in her introduction she rails against those who ask experts on this form when will they turn their attention to serious work. This constant downplaying of the literary merit of popular fiction and cozy crime in particular grates on this writer. Who are these arbiters of so called taste who wish to deify one genre at the expense of another and what indeed is their legitimacy in doing so? As Betz asks, if the cozy mystery is so limited, why is it so popular?

Sarah Rowland asks the same question in her essay and after invoking Jungian literary theory comes to the conclusion that it is the purest form of literature that we have, drawing elements from across crime fiction, even hard boiled fiction and she champions the cozy as

“ … bringing comedy, rebirth and renewal into the lives of readers.” (Betz 63)

There is a lack of blood and violence in the cozy mystery is to be applauded and leaves the reader to investigate with the detective a “clean” crime. Jennifer S. Palmer tells us “ … there is an investigation by the protagonists in which clues emerge to titillate the reader and help them to predict the denouement in which the murderer is identified.” (Betz 92) and that is the key. We are invited to enjoy the machinations of the detective. The story is meant to be fun, we will discover the criminal, they will be punished and all will be well in our world.

We are introduced to varied cast of crime fighters in the anthology with brief descriptions of most that will hopefully entice the casual reader into further investigation. They include Agatha Raisin, Phryne Fisher, Jane Marple (of course), Daisy Dalrymple, Aurora Teagarden as well as two perhaps lesser known detectives that I introduced in my essay in the anthology, Solange Fontaine and Clara Baroness of Linz.

Each individual and the works they adorn are investigated in detail by the contributors and shed new light of many aspects of their work as well as their backgrounds and the setting of the stories.

The investigations beg other questions and encourage us to read further in the genre and discover just what the attractions are. 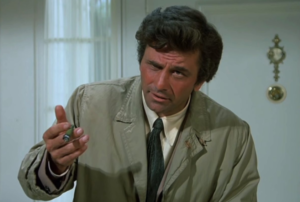 So far I have concentrated on the female heroes of the genre, but who could forget Columbo, perhaps the archetypal male cozy mystery detective, Stephen Cloutier in his contribution writes at length. He thinks Columbo is working in an area more associated with hard boiled fiction but that he maintains the essence of the cozy detective. We know the killer from the start but the stories format forces viewers to “ … focus on Columbo’s interactions with the rich and powerful and to tease out the shows social commentary.” (Betz 188)

Thus Cloutier feels this show encapsulates the cozy genre by recognizing the lead detective as central to the story.

Finally a little bit of controversy as Sally Beresford-Sheridan suggests that the famous hard boiled detective Nero Wolfe is indeed a member of the cozy crime family. I think that is an idea that you the reader had best interrogate, suffice to say by challenging us with this theory, Beresford-Sheridan reinforces it with the thought that “ … when defining strictures for detective fiction … parameters most likely will, and should, be broken in order to continually make the genre new and exciting for its readers.” (Betz 220)

Writers change, writing styles change and the reader will always change. It is the constant change and reinvention of practice that intrigues us the reader, but as long as we have the basic framework surrounding what we know as cozy crime, we will have what we want, and we will be happy. Betz has succeeded in making us happy with this fine collection of thoughts and ideas. This is a starting point for academics as well as the casual reader who wants to learn more. Cozy perfection. 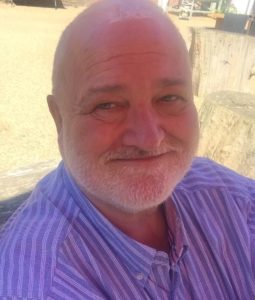 Jonathan Wilkins is a Creative Writing PhD Student at Aberystwyth University, Wales.  He reads mostly Golden Age Crime fiction.  He is also a poet.  Visit him at http://www.jonathanwilkins.co.uk/