This article was inspired after reading a bad crime thriller. As someone who was a federal investigator, I became incensed when I found the author’s story unbelievable. I have been writing for over 30 years, even though I’m just now working on my first crime thriller. I’ve earned paychecks, been reviewed and have developed a craft. Stephen King wrote in his book, On Writing, that “Every book you pick up has its own lesson or lessons, and quite often the bad books have more to teach than the good ones.” Given my unique experiences, I would like to discuss some minimum standards this bad book missed. This critique is an attempt to hone our skills as writers and readers. When creating intriguing crime stories, the basics for a good story are research, character, plot points and passion.

Good story always seems to circle back to the basics. Similarly,  a log-line is usually one simple sentence providing a plot breakdown with a hook to grab the audience’s interest.  But it requires craft. Folks always ask me, with intrigue, what I did as a federal investigator. I give them my standard line: “I investigated people…” then offer an ellipsis pause. They want gory details, but it’s unprofessional to address your casework publicly. As I see refrain in their expectations, I continue: “… and I went undercover; I worked with murderers; I had PTSD; I’ve even seen things not fit for human consumption.” My response has a hook that offers many stories. Hence, my experience can identify when writers are off their game, usually because their research is flawed.

Even with my first-hand experience, I read profusely – about everything. There is not enough time in the day for me to read. Since I no longer have “boots on the ground,” meaning I’m not on the street, I read to stay fresh. I admire Michael Connelly, for example. He started as a beat crime reporter on the streets of Los Angeles, and to this day, he meets with his cop and lawyer friends over coffee and donuts. If you don’t have a lifeline to the streets, spin a story about a topic you know well. Continual research helps you find your cutting edge voice.

A good rule of thumb is to avoid writing about topics you think you know, because someone else will always know more. I’ve learned that I must have a gut feel for my topic. For instance, this bad book had a character who was a psychiatric expert and a victim of recent trauma. As one who suffered from PSTD, I found the author’s words hollow. I want to invest in authors who teach me something I don’t already know, or they help me master a topic emotionally as well as intellectually. But to position a character as an expert when the author could not speak to the truths on the topic was infuriating. We all crave the intimacy of authorial authenticity.

“Authorial authenticity” are buzz words today.  The phrase means speaking to innate truths about a subject matter that you know intimately well.  This is a serious topic of discussion for writers today since a Twitter feed can shut down a writer’s publication within 24 hours if the crowd deems the author to be inauthentic. As I begin my first crime novel, I do not worry about such a backlash since I feel very safe  in this genre, but I encourage other writers to research ad nauseam in order to have fresh, original and authentic material to spin. 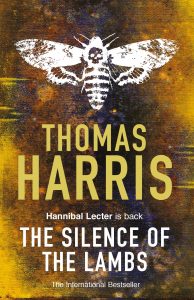 Once we have developed material, we use our writing techniques -ways that make our words more engaging and exciting as well as readable, to shape criteria that defines crime genre. A key element is the character of the antagonist. When faced with a true criminal who is pure evil, it’s a challenge to recreate, because unwanted feelings swirl inside us. Thomas Harris did his research when he created Dr. Hannibal Lecter in Silence of the Lambs, and it paid off. Harris also educated us on the perversity of serial killers. Robert McKee’s infamous book, Story, has a chapter called “The Principle of Antagonism.” He argues that your story is only as good as its antagonist, so for crime writing, if a writer intimately understands a sociopath, or some form of this perversity, then they’re on their way to writing good crime fiction. This requires research – whether you’re a true crime writer or a fiction thriller writer, criminals are exact, and if they’re not, they’re caught. End of story.

My first job out of college was as a psychiatric caseworker in an emergency room, and I learned profiling. I had to memorize all the categories in DSM-III, which is now the DSM-V, also known as Diagnostic and Statistical Manual of Mental Disorders. This reference book is consulted by psychiatrists, psychologists, physicians and social workers in clinical practice. This manual is a great reference tool for character development. My interest in diagnoses led me to read more and more. One theory about the development of a sociopath is that it results from his or her inability to express the feminine side of their spirit, which when subjugated, is such that its expression erupts in the form of its learned negativity. For example, if a boy is punished and ridiculed for being feminine, he can grow up to have profound hatred and desire for this feminine side, so he intimately explores these feelings as a murderer through necrophilia.

Most serial killers have sex with their dead victims. The innocence of the child somehow morphs into sadomasochism. Thomas Harris’ incarnation of Buffalo Bill in Silence of the Lambs is discussed by Dr. Lecter as his patient’s perverse expression of trying to reconfigure his feminine self by tailoring an outfit using his female victim’s skin. Harris is a master craftsman: Is Dr. Lecter the antagonist, or actually the foil, to Clarice? Is Buffalo Bill the actual antagonist? We should answer these questions to better understand our antagonistic and thematic plot points when we create crime drama.

There is a difference between plot points and story.  Story is how your protagonist navigates and is changed by plot points, as explained in a webinar by editor Tiffany Yates Martin called “The 10 Biggest Mistakes Writers Make,” but, for many, a rule guide inhibits creativity. McKee says “Story is about principles, not rules.” I see principles as inherent rules that can guide your creative intuition when writing a story. Hopefully, your research has developed plot points that are believable and relevant to inform your character arc. For instance, if my character has PTSD, she must struggle with interpersonal conflicts from trauma. I read a frightening statistic: forty veterans commit suicide every day. As a guardian of other’s stories, we must advocate for authorial authenticity so our readers can learn about the struggle of PTSD. 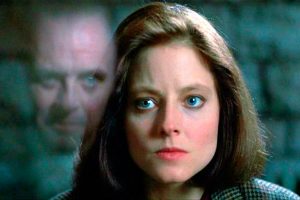 Good story is a mark of a good writer, but plot points help create good characters. And good characters create good story. It’s a vortex that swirls when we’re spinning story, which help us balance tempo, intrigue, and character development. Circling back to Silence of the Lambs, Clarice Starling is introduced as a cadet, who is mentored by Jack Crawford and Dr. Lecter, and her experiences garnered from plot points morph her into a skilled investigator. However, she continues to struggle with her inexperience until the very end. Clarice maneuvers through her plot points, viscerally, vulnerably, emotionally victimized, but victorious. During her initial training, we learn she is an excellent marksman, which foreshadows her defining moment during the climax when she kills her antagonist, Buffalo Bill, who stampedes her in a dark room. I trust Thomas Harris as an author to lead me through this story; the author of the bad book presented a character who was asymptomatic of PTSD without a character arc. I don’t think I will read another one of her books.

Writing is not easy; it is re-writing, meaning it requires revisions to hone your craft. It’s a discipline. I have always been a wordsmith, but it has involved multiple careers with a contentious and tumultuous personal life. I survived both, and it’s important that as a writer you tap into that survivor, because those experiences, the burliness of survival, is what a crime writer must document on the page. We need to become method actors; a craft developed by a Russian named Stanislavsky, who taught thespians to become one with their characters. I’m not saying go out and get shot, but I am encouraging writers to empathetically embody their character’s actions as believable and be changed by their plot points so your audience can live vicariously through your character’s struggle.

Writers cannot do research on crimes if they don’t have a passion for them, and this includes the mundane repetitive stuff. I wrote mounds of case materials, boring details, and if you don’t like the good, bad and mostly repetitive ugly of people, my investigative job wasn’t for you. This passion for the details helped me crack a case. I was able to determine that a subject, or “perp,” a term used colloquially in private conversation, was lying, because after combing through hours of testimony and boring details, this guy contradicted himself about one incident, when he was trying to impress me with his handle on the facts. This case was incredibly tedious because the perp had an iron clad alibi that disproved a source’s testimony. I sensed something was off. It was probably because he thought he was smarter than me. Maybe he was, but I’m an excellent conversationalist. He had an air about him, as if he was skating to the finish line. When we sat down to talk, a conversation, not an interrogation, I sought to clarify my confusion with repeated questioning, tangential questions, and then circling back to various details, he proved my initial intuition correct.  He was guilty.  Each character has a tragic flaw, and he got carried away with his narcissism. He described his events of that illicit evening slightly different than the first; the second time he used a bit more swagger, and the third he referenced a detail only the perp and an obsessed investigator would remember. Tedious research is a requirement for a life of crime. I assure you successful perpetrators do the same. Most importantly, your passion must translate easily into words and be as exacting as your antagonist. This passion intuitively creates a journey that teaches us something memorable.

You don’t have to be a criminal to write in this genre, or know a criminal, or have been exposed to a criminal, but you must be obsessed with criminals, either by predilection or happenstance. There is a madness to the method, and if you have a passion for crime writing then you’ll find the devil is in the details.