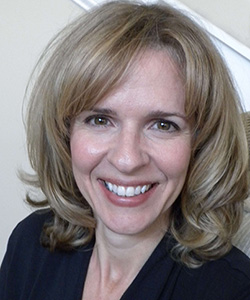 Nancy Herriman has written several novels, and has now turned her pen to Elizabethan England and a new character, herbalist Bess Ellyott.

Q: Can you talk about your career a little bit? Looking through your publishing output, I see you had two earlier books that seem to fit the romance category and then you switched it up to writing mysteries. Can you talk about that trajectory?

A: I can, and it was a lengthy trajectory! For ten-plus years I tried my hand at various genres—sexy historical romance, historical young adult fiction, contemporary women’s fiction and romance—to no avail. At last, though, my agent found a publisher interested in a “sweet” historical romance I’d written that was set in 1830’s London. The Irish Healer was my first sale. Unfortunately, the publisher closed its fiction line a short few years later, leaving me searching for a new direction to go. Knowing my love for mysteries, my agent suggested I work on one. I did, and she succeeded in selling my first mystery series, “A Mystery of Old San Francisco,” to Penguin Random House. And, as they say, the rest is history.

Q: Your new novel, set in 1592-93 England, takes place mostly in Wiltshire. Why did you choose that area, instead of the more familiar (to readers) London?

A: I suppose I simply wanted to do something different. Wiltshire is a lovely part of the country, and its ancient history of henges (Stonehenge is located in the county) and mysterious “druid” mounds will come into play in the next book in the series.

Q: Why did you make your central character an herbalist?

A: I don’t seem to be able to help myself! The central character in my first novel is a healer. The female sleuth in in my San Francisco books is a nurse. And Bess Ellyott is an herbalist. A woman with medical knowledge and who regularly encounters death—sometimes suspicious death—seems, to me, to make the perfect sleuth. Plus, I am fascinated by historical medical practices, which I can’t explain.

Q: You are really good at creating an environment, with many of characters of varying degrees of importance to the story as well as the setting itself, down to the food and smells. Can you talk about how that works a bit, or is it simply unexplainable writerly magic?

A: I’ll take “writerly magic” as an explanation! I delight in trying to recreate the sights and sounds and smells of a place, hoping to make the setting more real, more palpable. Admittedly, that requires some imagination on my part, but it’s certainly the aspect of writing I most enjoy. I’ve been lucky to discover contemporary descriptions that help with the task. I do think, though, that Tudor Wiltshire was a tad more stinky than I’ve so far indicated. I need to fix that.

Q: Have you always read mysteries? And if so, what writers have been a particular influence on your work?

A: I’ve been reading historical fiction and mysteries since I was a teenager. Some of my favorite authors are Agatha Christie (of course!), Lindsey Davis and her witty Roman mysteries, the incomparable and much missed Elizabeth Peters, as well as Ruth Downie’s fabulous Medicus series. If I could write even half as well as those ladies, I’d count myself fortunate.

Q: You seem to be setting up threads to follow through for the next book, particularly relating to Bess’ first husband and how he met his death. Can you share any details without giving anything away?

A: In Book 2, Bess will continue to be forced to confront, albeit remotely, the man she believes murdered her husband. Believe it or not, even I have yet to understand the circumstances surrounding Martin Ellyott’s death. For me, the true magic of writing mysteries is allowing the characters to reveal their actions as I write. I’ve more than once discovered that the real killer was not the person I originally intended. Which does force a lot of editing.

Q: Elizabethan England was a particularly brutal time. The way laws were enforced, and the things that were punished (and the degree of punishment) are so different. You illuminated that especially well with the scene with Bess and Richard Topcliffe, who you mention in an afterword was a real person. Can you talk about what drew you to the time period?

A: I have always been intrigued by the Medieval and Tudor periods. Since the common assessment seems to be that their lives were nasty and brutal, I’ve sought to understand that assessment. Are we really today so different or so much better? People then lived on the razor’s edge, wary and fearful of what tomorrow might bring and with precious little resources to protect themselves against that uncertainty. They could ill afford any disturbance that might upset the precarious balance of their lives and their neighbor’s’ lives. If we were put in the same situation, might we not behave similarly? I long to give them the breath to speak to us about who they were. I’m convinced we’d find them not so different from ourselves.

Q: Finally, what’s next for you? Can we look forward to another Bess book?

A: Another Bess book is indeed in the works. It will be out in March of 2019, if everything goes to plan. A traveling actor is found murdered on the summit of a mound long thought to be a druid temple. Rumors of witches and mysterious doings follow.