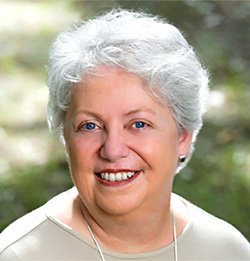 Karen Dionne has been on the mystery scene for years – writing mass market thrillers and most recently, an adaptation of the TV show, “The Killing.” She also is the driving force behind the Backspace Writer’s Conference, for which she’s been honored by the Library of Michigan as Author of the Year. But with The Marsh King’s Daughter, Karen joins the big time as she draws on her experiences homesteading in the UP in the 70’s.

Q: Can you talk a bit about your own experience homesteading in the UP?

A: During the 1970s, my husband and I moved to Michigan’s Upper Peninsula as part of the back-to-the-land movement. We were city kids, and didn’t know a thing about living off the land, but the idea of living close to nature really appealed to us. We bought 10 acres of hardwoods, and moved onto our property when our oldest daughter was 6 weeks old, living in a tent while we build a small cabin, carrying water from a stream, and sampling wild foods. I’ve made wild apple-chokecherry jelly over an open campfire (and had to defend it against marauding raccoons) and washed my daughter’s diapers in a bucket (which I promise is every bit as disgusting as it sounds). We lived in the Upper Peninsula for thirty years, so I know the area well, and drew heavily on my experiences when I wrote The Marsh King’s Daughter. The U.P. is such a wild and beautiful place, I’ve always wanted to set a novel there. The Marsh King’s Daughter is truly the book of my heart, my love letter to the Upper Peninsula.

Q: I was really intrigued by the way you aren’t exactly sure, as a reader, of the time period, and time is relative, certainly according to Helena herself.   How did you work out the details of the time line?

A: The Marsh King’s Daughter is actually set in the present day, though it’s never clearly stated, so the timeline counts backwards from 2017. I think the reason the timeline seems so fluid is because the chapters that take place in the past offer no clear indication of the current date since Helena, who is narrating the story, doesn’t know what year it is (and doesn’t care). She and her family get up when it gets light, and go to bed when it gets dark. Because she lives so in tune with the natural world and the seasons, this is the only “time” that matters to her.

Q: I loved the Anderson fairytale being told as the book goes forward – he was a pretty harsh storyteller!  Is this a story that’s always intrigued you?  Did you read a lot of Hans Christian Andersen as a kid?

A: I’ve loved fairy tales since I was a child, the darker the better, and adore lines such as the one that ends the opening excerpt in the novel: “Great black bubbles rose out of the slime, and with these, every trace of the princess vanished.” I also love novels such as Eowyn Ivey’s The Snow Child that offer a modern take on a fairy tale. So after the character of Helena as the offspring of a kidnapped girl and her captor came to me and I was looking for a story for her, I pulled my childhood fairy tale books off the shelf to see if I could find a tale that would structure the novel. I was very excited when I came upon “The Marsh King’s Daughter,” because the fit was so perfect. In the fairy tale, the main character is the daughter of a beautiful Egyptian princess and the evil Marsh King. By day, the girl is beautiful like her mother, but has her father’s wicked, wild temperament, while at night, she takes on her mother’s gentle nature in the guise of a hideous frog. In my novel, Helena is also the product of an innocent and a monster, half good, half bad, and like the Marsh King’s daughter in the fairy tale, she struggles with her dual nature.

Q: One of the things I feel as a reader that’s very difficult to do is to have a character change in a believable way.  It can so easily seem false or manipulated, but you really pulled this off, as Helena’s story is truly a journey.  Can you talk about that a bit?

A: While The Marsh King’s Daughter can be read and enjoyed as a straight-up thriller, Helena’s emotional journey and her relationship with her father are the heart of the story. For her first 12 years, she loves living in the marsh, hunting and fishing and foraging, and she loves her father to the exclusion of all else. Then when she leaves the marsh, she hates her father – not only for what he did to her mother, but for all the things about the outside world he didn’t teach her that she needed to know. Then at age 18, when she’s had all she can stand of the notoriety of being known only as “The Marsh King’s Daughter,” she changes her name and her appearance and moves away, in effect denying her father. And finally, at the end of the story, she has to come to terms with who and what she is. Thus the core of her journey is her love-hate relationship with her father. David Morrell once called The Marsh King’s Daughter “a tragic love story,” and I think the description fits!

As I was channeling Helena, I drew most heavily on my relationship with my own father. Like Helena, I adored my father when I was small. As I grew older, naturally, I began to see his flaws, but that didn’t diminish my love for him, and this was how I wanted to depict Helena. Yes, she grows up in terrible circumstances; yes, her father is without question a monster. And yet, for a time, “before everything fell apart,” as she puts it, her childhood was truly happy.

Q: Some of Helena’s assessments of “civilization” after she returns to it ring pretty true.  Are those your own views?  Could you go back to no phone, TV, news, as long as you had running water and electricity?

A: Helena and I share a love of wild places and an ease with nature, so many of her opinions of so-called “civilization” are also mine. I could happily say goodbye to technology and live a more natural way of life, and I wouldn’t even mind doing it without electricity and running water. From a practical standpoint, I doubt that’s likely to happen, since my 90-year-old mother lives with me now, and because my current lifestyle necessitates access to bookstores and airports. But would I chuck everything and go live in the wilderness again if circumstances allowed? Absolutely!

Q: I was also very impressed with the actual prose, which is deceptively simple and not distracting but also evocative.  How did you arrive at the voice you are using here – other than a lifetime of practice?

A: The voice and the tone of the novel come straight from Helena since the novel is written in first person, and everything is told through her filter. She in turn relates everything back to the marsh, because during her formative years, this is all she knows. Helena’s circumstances are so unique, it was a lot of fun to put myself in her position and think not how I would describe something, but how she would. Particularly in the chapters when Helena is a child, I tried to choose words and language that not only would a five-year-old use, but a five-year-old who had never watched television or seen or spoken to anyone other than her parents.

Q: I really, really take my hat off to a writer who effectively uses the setting as an integrated part of the plot.  Setting is essential here and the story could be told nowhere else.  Where did you start – setting?  Plot?  Character?

A: Unlike my previous novels which began with plot, this novel started with the character. I actually woke up in the middle of the night with the first sentences of The Marsh King’s Daughter fully formed in my head. I wasn’t dreaming about the character, she was just there, talking to me, and telling me who she was. Middle-of-the-night ideas don’t always look quite so appealing in the morning, but to my surprise, this one did. So I wrote up a few paragraphs in the character’s voice – which are now the first pages of the novel.

Interestingly, as I was writing those paragraphs, I almost gave the story an urban setting, thinking of the women in Cleveland who were hidden in plain sight. But at the last moment, I decided to set the book in a place I knew well: the Tahquamenon River valley in Michigan’s Upper Peninsula. Now the setting and the story are so intimately connected, it’s impossible to imagine this novel being set anywhere else.

Q: Do you have a secret stash of National Geographics?

Q: What book or writers are influential in your own writing?

A: I adore terrifically written novels that take me deep into a world I know nothing about: Paulette Jile’s News of the World, Adam Johnson’s The Orphan Master’s Son, Colson Whitehead’s The Underground Railroad, Tea Obreht’s The Tiger’s Wife, Yann Martel’s The Life of Pi, as well as older titles such as Pearl S. Buck’s The Good Earth and E.M. Forrester’s A Passage to India (one of my own favorites: ed.).

Q: Can you name a book that’s been “transformational” for you?  A book that set you on the path to reading or writing?  You can go back to Peter Rabbit, if that’s the one!

A: The Boxcar Children series fascinated me when I was a child, as did the Little House on the Prairie books. I guess this explains where my love of wild places began!

A: I’m working on another standalone tentatively called The White Bear’s Keeper, which is also a psychological suspense featuring a character with a dark past that’s set in Michigan’s Upper Peninsula, and that has a fairy tale element. Readers who enjoy The Marsh King’s Daughter will find enough in the new novel that’s familiar, while at the same time enjoying an entirely different story.