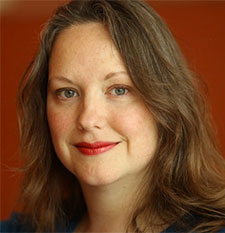 Q: You maintained your desire for justice for twenty years after your rape. Was there any point where you thought the official case would progress any further?

A: I was always hopeful. I was frustrated that it wasn’t happening yet, but I always imagined that the case would move forward at some point in the future. Right up until the end, I believed that we would get all the way to conviction.

Q: It seems to me that contemporary writing about crime has shifted its emphasis from the crime itself to the ripples and rents to the fabric of society caused by the breaking of the social order. Your book takes that emphasis to the level of an individual consciousness as well, to the damage to your sense of self. Obviously you were able to be productive and fulfilled, but with the crime as as an accepted part of your identity.

A: The “ripples and rents” have long been what I enjoy in the crime stories I read and watch, and the priority of my fiction. But it’s important to me to recognise that those ripples and rents are parts of a character, not the whole of a character. And it’s a relief to be able to say from personal experience that that is true. The crime has affected me, but it doesn’t define me.

Q: The character of the criminal has been an important part of crime fiction since the beginning, and often they’re intriguing figures. You did quite a bit of research on him, and your assailant, however, turns out not to be a brilliant anti-hero but a rather quotidian creep. How important to you was it to learn the identity of your attacker? Did the banality of his evil surprise you?

A: It was a gift to finally learn who he is. I had started researching with the hope of an explanation, some trauma of his own or other “reason” for why he did what he did. In the end, what I learned instead was that he is not a force, he’s not a power, he’s just a man, smaller than I remembered. That in itself is valuable.

Q: Up to this point you’ve been a fiction writer. What differences did you find when you wrote a nonfiction work? How do you think this experience will affect your future novels?

A: I write my fiction via first-person narrators, so telling a story through “I” was familiar; but depending on real life to give me the story, instead of creating one in my head, was very different, and both harder and easier. It limited me to what was real, yet expanded me farther than the habits of my imagination, forcing me into directions I may not have explored of my own volition and leading me to discoveries different from what I would have designed. I’m working on my fourth novel now, and sometimes it feels freeing to return to return to making it all up, and sometimes it feels daunting to be again responsible for creating every character and incident from scratch.

Q: The resolution of Jane Doe January would have raised howls in a novel, but in nonfiction it worked quite well. How do you think the readers’ expectations are different?

A: While readers understand that a non-fiction writer is at the mercy of reality, they still expect that a story will have an arc, rightly so. Both as the protagonist and as the writer, when the expected ending didn’t come through, I had to look to other aspects of the story for satisfaction. And I think there is a lot in the other aspects that are, in a way, “happy” endings.

Q: I read your book immediately after The Red Parts by Maggie Nelson, another personal essay which also involves a terrible case rather unexpectedly reopened by DNA evidence. Have you read it? She also deals with the power of the institutions of the media and the contending branches of the justice system, but seems to be more critical of the former than you are. They all create different narratives about crime, often distorting events to fit their own template. Did you feel well served by them?

A: No one story can represent the breadth and variety of experience even in this specific niche of “rape cases reopened by DNA.” The more voices the better. In my specific case, the kindness and respect of the police and others in authority were a bright spot. In other true stories, authorities are deservedly criticized. Both truths are important.

Q: You wrote a powerful op-ed in the New York Times about the importance of testing all the backlogged rape kits, of which there are a staggering amount. Do you think that the hold up is simply financial, or is there a sexist or willfully blind element as well?

A: There are many, many factors that swirled together to create the backlog, which is the accumulation of untested evidence from rapes. Sexism and indifference are no doubt a significant part of what caused the backlog to grow so enormous. There are also practical issues of resources and time, especially with regard to the older rape kits that were collected in the years before the creation of databases of criminal DNA, when it wasn’t practical to test them. In the past year, grants of many millions of dollars have been put forward to try to tackle this problem once and for all. But it’s not just the money that’s solving this; it’s the spotlight. The grants have aimed attention at this important problem.

Q: Finally, on a personal note, as a proud product of Pittsburgh, born in the Magee-Womens hospital where you were taken after the rape, I often felt stung by the realization that awful things happen there just like any other place, and the book’s shorthand of Pittsburgh as “the place where the awful thing happened.” However, I’ve always thought that beside all the natural beauty and great institutions of the ‘Burgh the best thing about it was its people, and in the end you realize that all the members of your justice team are natives, and that their bluff honesty and goodness is crucial to your well being. Do you think you’ll ever go back there?

A: I was in Pittsburgh last week! It’s a beautiful city, and lots of old friends still live there. Carnegie Mellon made me feel very welcome, both teachers who knew me and the new faculty and staff. It has many memories for me: it’s the city where I rented my first apartment, where I learned to drive, where I earned my first degree. It’s the city where I was hurt, and also the city where people helped me.