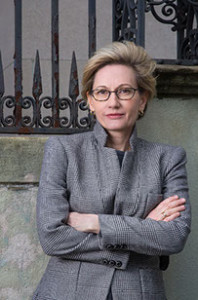 I was delighted to be able to interview Carrie Smith, a real discovery. I loved her first book and loved her answers to my questions.

Q; Let me say up front I’m a big fan of police procedurals, especially police procedurals written by women.  I’ve loved books by Lillian O’Donnell, Lee Martin, Margaret Maron, Barbara D’Amato, Leslie Glass and more recently Theresa Schwegel and Karin Slaughter (the excellent Cop Town) and ALL of them deal with the way women are treated in the workforce and how they must adapt to deal with it. Sadly, I think your book published in 2015 is dealing with some of the same issues that Lillian O’Donnell was writing about in 1972.  All that being said, was this something on the top of your list when you started your novel?

A: Writing about a strong female character was definitely at the top of my list. Claire’s Lieutenant, Dennis McGowan, does not like this strong, competent woman in his squad, and Codella constantly has to find strategies to deal with that. In much the same way, her second on the case, Detective Muñoz, a gay man, has to find ways to deal with the bullying of male colleagues in his unit. In a subculture built on the “fraternal bond,” both women and gay men are outsiders that threaten the order. At best, they are tolerated, and they have to work much harder than others to prove their worth. Claire’s childhood—revealed in Book 2—provides greater insight into where her toughness and determination come from.

Q: I loved the panorama of female characters here as well—there’s Marva, who I found very interesting, as she is a meek person, not as aggressive as some of the other women in the story, notably Claire and Margery, and to an extent, Dana Drew.  What are your thoughts about Marva’s character?

A: At first, Marva seems a bit unlikeable and unhelpful in the investigation, but my hope was that readers would ultimately see her complexity and sympathize with her. She’s had a tough life. She’s a single black woman who has risen to the role of assistant principal. But the people around her do not value her, and because she lacks confidence and self-esteem, she allows others to make her their pawn. Her mother has cast her into the role of primary caregiver to her. Hector Sanchez, her boss, expects her to do the school’s administrative dirty work while he takes all the credit for the school’s turnaround. Marjorie Barton completely discounts her abilities. Marva tries to take comfort in her religion, but she yearns for something more fulfilling in her life. The events in the novel bring her to a new place. She receives a major blow, but she also makes a breakthrough.

My goal in Silent City was to create a vivid cast of diverse suspects who all have very different and believable motives for wanting to murder the victim, and this requires the characters to be multi-dimensional. I want each of them to—even if they play a supporting role—to be memorable and real.

Q: I very much liked the school setting and the tie-in of the educational software into the plot (it sounds like a great idea).  Does this reflect the kind of work you do in real life?

A: Yes, it does. I am the publisher of Benchmark Education Company, a developer of core and supplemental curriculum resources for grades K-8. In that capacity, I have worked closely with teachers, principals, and district leaders. Regarding the tie-in to educational software: Educational publishers are at a crossroads. As more and more instruction is delivered digitally and adaptive software becomes widely available, print-only publishers will have no place. Over the last decade, I have experienced my company’s growing pains as we essentially transform ourselves into a technology provider in order to stay in the game.

It was hard not to use this rich context at my fingertips. I love it when a book I’m reading reveals a little world I knew nothing about (P.D. James is a master of that). I wanted to use my “insider” knowledge to create a setting and circumstances that would take my readers someplace they had never been.

Q: Of course making Claire a cancer survivor is so striking, it stays with you, and you are thinking about it as you read.  You’re worried about her running around and working too hard, not eating right, etc.  It added a lot of depth to her character and you seemed to have some inside info on cancer treatment.  Is that anything you want to talk about?  If not, please talk a little about the development of Claire’s character in general.

A: Claire’s backstory as a cancer survivor was definitely influenced by my own experiences, and I don’t at all mind speaking about that. My partner Cynthia developed an aggressive lymphoma six years ago. She was diagnosed on a Tuesday and in the hospital for her first treatment on Thursday. Lymphomas can be cured, but you have to hit them hard, so the treatment is particularly brutal. It usually involves six rounds of intensive chemotherapy. You’re in the hospital for three to four days at a time receiving a continuous infusion of drugs. When you come home, your platelet count drops. Your immunity is virtually non-existent. You usually end up back in the hospital a week later for transfusions. You develop infections and end up back in the emergency room between treatments. You are basically the walking dead. While it’s incredibly hard on the patient, it’s also really hard to be the firsthand observer of a loved one’s treatment. I wrote the first few sentences of what became Silent City as I left the hospital in tears one day. Looking back, I needed some way to objectify and transform the whole experience, and so I came up with this strong character used to chasing murderers who now is being chased by her own killer.

Q: I liked the way the book kind of unspooled the way real life does—eating late or on the run, driving all over the place for something that doesn’t always work out, calls at work you don’t have time to take, etc. and yet you kept the pacing of the story snappy.  I found it hard to put down.  Any tricks of the trade there that you’d care to share?

A: Let’s see…Always end a chapter leaving readers guessing or wanting more. Make sure that the dynamics between characters are interesting and real. Manage the output of information carefully. Vary the settings. Use dialogue to its best advantage. Writing a mystery is a balancing act between character development (backstory) and plot (the action that drives the mystery forward). You need both, and one can’t overwhelm the other.

Q: I also liked Claire’s counterfoil, Haggerty—will he be appearing in future books?

A: Absolutely. In fact, readers learn a lot more about Haggerty’s past in Book 2—his childhood and some key moments he has shared with Claire. Their relationship will definitely continue and develop.

Q: How about Munoz?  I thought they worked well together.

A: Muñoz is an important part of the Claire-Haggerty-Muñoz triumvirate. As the series progresses, his character will also come more sharply into focus. He is someone Claire has come to trust (and she doesn’t trust that many people). And he is devoted to her because she stood up for him when no one else did.

Q: How much research did you have to do on police procedure to write the book?

A: I spend a lot of time researching esoteric things as they come up. I have a few NYPD sources who answer some questions for me. And I have my forensic investigation manuals that I pore over continually.

Q: What book is a “transformational read” for you?  The one you read (maybe when you were 5 or 10 or 15) that has always stayed with you?

A: In terms of transformational reads, the first titles that come to my mind are Pride and Prejudice and Great Expectations. Those probably don’t sound like the titles a crime writer would name, but there it is. In my “formative” years, I imagined myself becoming a literary writer, not a genre writer (my first novel Forget Harry was definitely in the literary camp). What I have come to understand is that the best genre writers are literary writers as well. They bring a depth to the genre that allows them to develop memorable three-dimensional characters. In the crime genre, P.D. James is the writer who has most influenced me. I think that her books elevate the mystery genre because her writing is superb and her observations on human behavior are so insightful.

NYPD Detective Claire Codella is chomping at the bit for a new case. Lieutenant McGowan is determined to keep her out of the news, but she’s about to be back in the public eye in a big way.

Broadway dance legend Lucy Martinelli Merchant has early onset Alzheimer’s disease. For eighteen months she’s been languishing in the dementia care unit of exclusive Upper East Side Park Manor, the final home for many of New York’s aging and infirm “gentry.” When a night Park Manor caregiver finds Lucy Merchant dead, her daughter is convinced she’s been murdered and she seeks Codella out.

The complex investigation throws Codella into the path of a warring family, big business battles, and the administrators, nurses, and undervalued caregivers who serve Park Manor’s privileged clientele. Everyone has a motive for murder, and solving the case will force Codella to dig deep into their ugly pasts—as well as her own.