Sorrow is always your own, offering no temptation to fickle gods.  Fucking joy, on the other hand?  You might as well string your heart from the ceiling for use as a frat-party piñata. 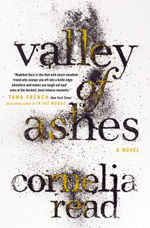 I don’t think I’m exaggerating when I say that Cornelia Read’s voice is one of the most original, vivid and memorable in all of contemporary crime fiction.  I think I would be happy to read anything she wrote, in novel form or no, but happily she also writes wonderful novels.  While her books are technically a series, I think each of them stand well alone, and each have a different slant which sets them apart from one another.

Her central character, Madeline Dare, has held various jobs including teaching at a school for disturbed children.  In this installment she and her husband Dean have moved to Boulder, Colorado, with their almost one year old twin girls in tow.  While in many respects the two authors couldn’t be more different, the book this called to my mind was Celia Fremlin’s 1958 classic, The Hours Before Dawn, which, along with a kick-ass suspense story, also looked at the difficulties of living with a newborn.

Other women have written about living with children since Fremlin, of course, but not until I read this book was I forcibly reminded of the knife edge of child rearing: exhaustion tempered with love tempered with – how do I get through the day? Fremlin’s character is walked on by her mother-in-law; Read’s by her increasingly distant and dictatorial husband.

Read is not a simple, straightforward storyteller as Fremlin was, however.  Her stories are layered and rich, giving a well rounded picture of all the parts of Madeline’s life – from her landing a part time writing job to the joy of her children to her exhaustion to her puzzlement over her husband’s behavior to the burgeoning friendships she finds with a co-worker of Dean’s and with a woman who is an arson investigator.

The mystery part lies in a series of fires around Madeline’s neighborhood.  The character of the arson investigator, Mimi, is a very strong one.  The details of her investigation, and Madeline’s growing interest in it, despite the fact that she has been hired as a part-time restaurant reviewer and not as a crime reporter, are completely understandable.   Another thing that makes Read a memorable writer is the fact that she has so much empathy for the victim of any crime.  She rarely reserves any of that empathy for herself, however.

Part of the story also lies in whatever is going on at Dean’s workplace, something that involves her new friend Cary and their bosses’ secretary, a Japanese woman named Setsuko.  Dean is distant and demanding, and though sometimes he checks in to be loving, it’s obvious to the reader and to anyone who has ever raised children who is doing the lion’s share of the work around the house.

The threads of the arson story, the workplace story, and the story of Madeline’s marriage and motherhood ultimately all tie together.  While most of the crimes involve arson, there’s also a murder, and a really cool resolution to the death that surprised me when I read it.

The heart of the book is Madeline’s family story, which involves both betrayal and love, as well as heartbreak. Madeline is a wonderful creation, strong yet vulnerable; smart, but somehow sometimes clueless; opinionated,  interesting and observant.  She couldn’t be more real. The final pages will no doubt make you long for the next part of the story.  As long as Read is willing to tell one, I’m willing to listen.